The problems at a tiny pottery! 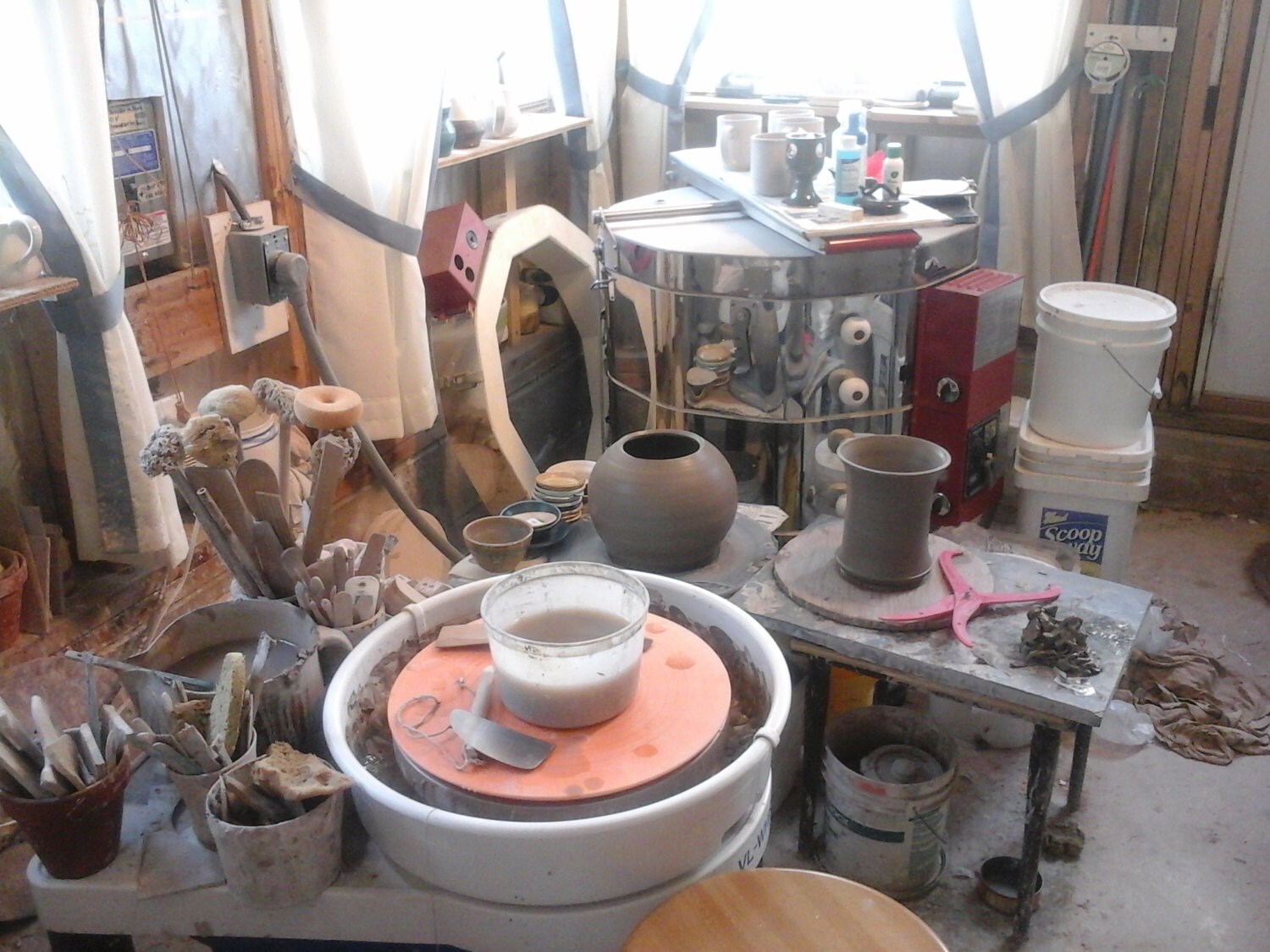 The very first entry here, in this blog, is the ptocess backwards. But, it does give an indication of the pains in running a small business with one employee, me.

I mailed out a nice little goblet I made earlier this year or late last year. I haven't the time to keep track of my inventory to know exactly when a piece is made.

Anyway, the pottery I make is never sized for a box, so....I have to make my own cardboard boxes. I usually get boxes when my wife and I shop at BJs or a market. So today I made a box.

Then I have to pack it. I use a combination of bubble wrap, cardboard, pop corn, and newspaper. A more knowledgeable potter than me once told me to make the shipments in two boxes, one inside the other and made bombproof. She said it was really a problem if something broke.

Ok, did the 2 boxes. Now the receipt. Uh oh. The only working printer was on my office computer that was disabled. (I have another, this one, which had a printer Win10 ignores). I spent part of the morning trying to get my wifes printer working. Success!

I printed the receipt and a paid label. This took about 3 or 4 hours. We have an Irish Session to go to tonite (Its St. Paddys Day) so no time to make the pottery I need.

See the two pot pieces in the attache pic? That became a 14" vase when I had the time to assemble it. It hasnt lived thru the bisk fire yet so its not a done deal. Pottery sometime "dies" in the fire. More on another post.

Next Post A hurried throw
0 items in your cart