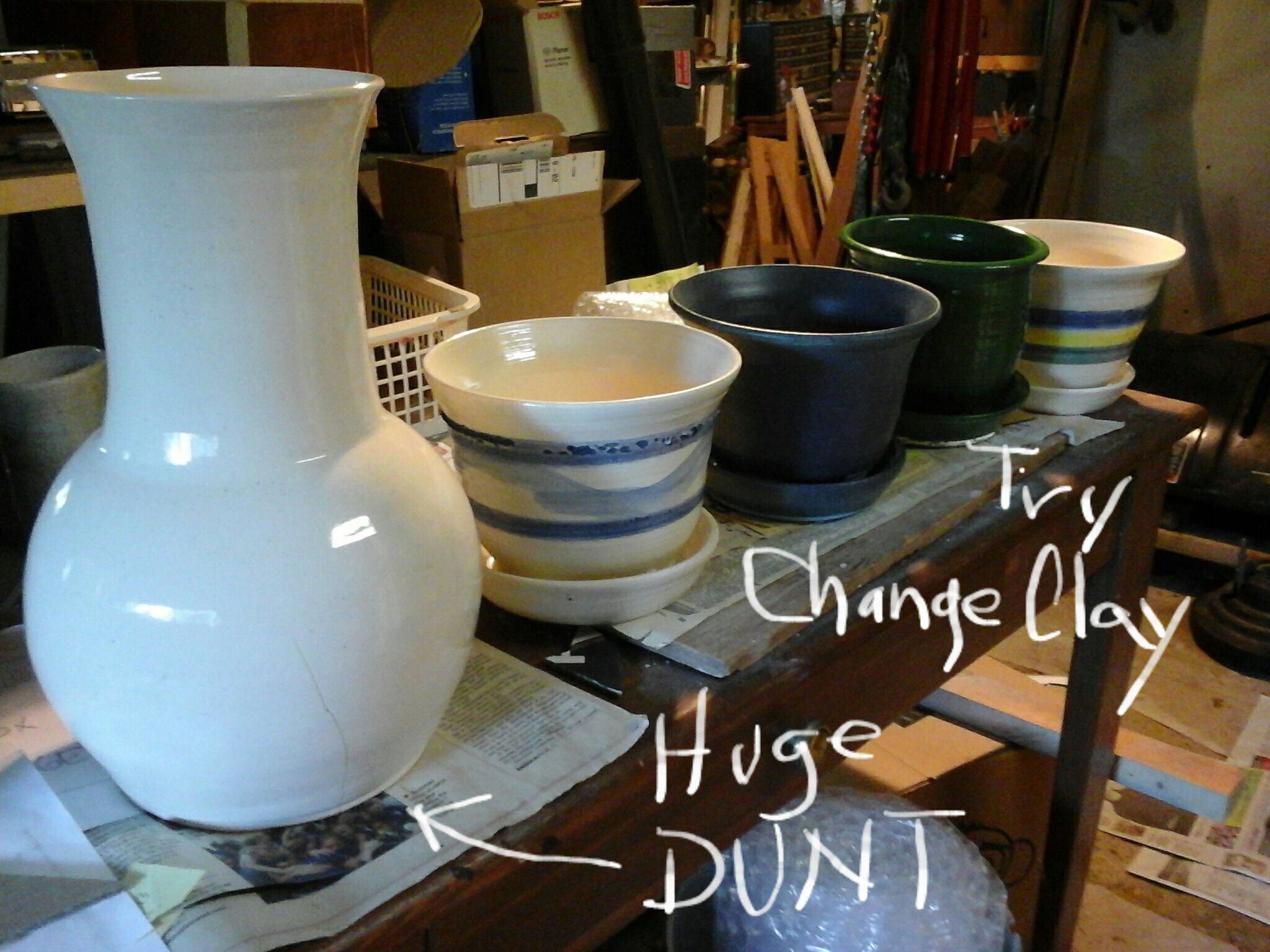 This summer I've been trying to make some larger pots, planters, vases, as it is the growing season. I have a considerable cache of earthen ware clay (EW) that is good for making planters. It's not good outside in the winter. The EW is always pourus so freezing causes it to spall and disintegrate.

I like to make planters with trays, either attached or as separate pieces. I wished to make a style of vase which is tall, about 12 -15 inches and looks good in a bay window. Ive tried 3 so far and they have all "dunted". Dunting is a crack caused by varying temperatures in the kiln with the height of the kiln.

The original vase that I made was from the 1980s, not long before I had to quit because of work and kids. It was fires in the same kiln that has caused the dunting. The kiln is a little hobby kiln from the 1970s or earlier, and Evenheat with a kiln sitter. My “big” kiln is a Skutt and both of these kilns are tough and similar. Both have sitters. A sitter does not allow you to minutely control the temperature in the kiln. You merely throw switches at set time intervals until you get up to the firing temperature that trips the sitter. It’s a simple, inexpensive system and it has mostly worked for me.

WHY did th vases dunt when the original I made in the 80s didn’t, IN THE SAME KILN. The only difference is the clay. I’m changing it.

It’s awful the way all of this takes so much time. I don’t know when I’ll be able to get back to throwing pots. I’ve got about 30 stoneware bisk pots waiting for glaze. It’ll be fall before I get back to the wheel.

Previous Post Logging Glaze Firings and More NON-POTTERY
Next Post Space and time...in a pottery
0 items in your cart